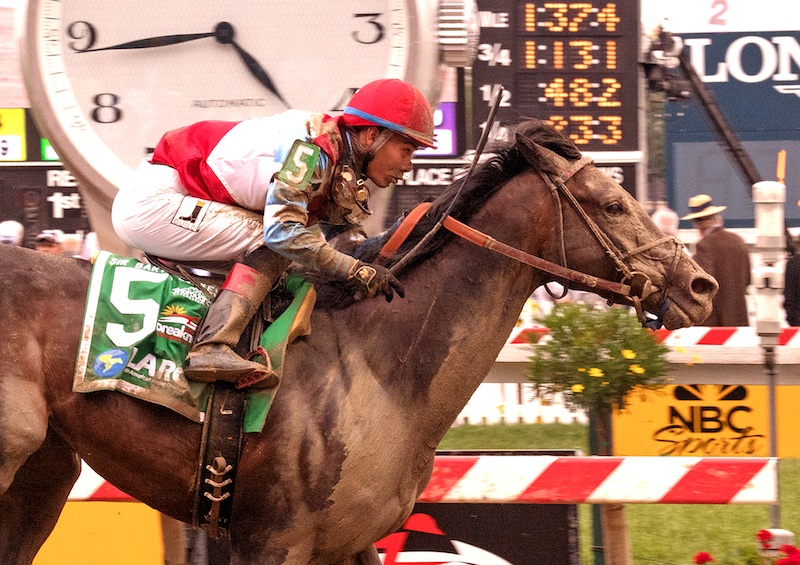 Running for the second time in two weeks (first time on Derby Day and of course today Preakness Day) Graham would normally only do that if a horse was doing exceptionally well which No Mo Dough was.  He may very well have been our second Derby horse this year but he was a late starter and not running as a two year old he’s just finding his form now.  Today was his first Stake start in the Sir Barton Stakes.  His running style can be nail biting as he likes to sit so far off the pace, but be patient, when he gets going he doesn’t stop!  Owner Alex Campbell, Jr. stayed in Florida but he was represented by his son and it is so exciting for him as his ‘thing’ he always tells me is to send his mares to first season stallions at a reasonable price and hope it pays off.  Historically it has and this is another of his successes.  Congratulations Mr. Campbell!